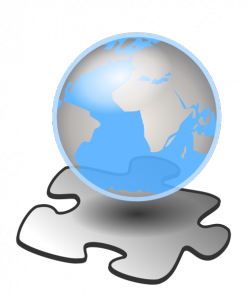 The International Security in the Globalization Era (ISGE) project unites researchers from three Quebec-based Universities — McGill, University of Montreal, and Bishops — examining the effects of globalization on international security and the security functions of the nation-state in different regions of the world. This is a continuation of the Globalization and National Security State Project (GNSS) that began in 2000 and had won four consecutive team grants from Quebec’s key funding agency: the  Fonds de recherche du Québec – Société et culture (FRQSC).

The first phase of the project (2000-2004) dealt with globalization and its impact on nation-states in a variety of areas, including security and political economy. An edited volume, The Nation-State in Question (Princeton University Press, 2003), was the main product of this phase.

In the second phase (2004-2008) we examined the key areas in which the national security state has been affected by the ongoing globalization process. A book entitled: Globalization and the National Security State was published  by Oxford University Press in 2010. Two volumes have been published, titled Complex Deterrence: Strategy in the Global Age (University of Chicago Press, 2009) and South Asia’s Weak States: Understanding the Regional Insecurity Predicament (Stanford University Press, 2010).

The third phase began in May 2009. In this phase, we explored the impact of globalization on the national security architectures in different regions of the world. A volume titled: International Relations Theory and Regional Transformation has been published by the Cambridge University Press in Spring 2012. In addition, a number of individual book projects, articles, book chapters, and conference papers have been published.

The fourth phase began in April 2013. This four-year project focused on the theme: Globalization and Rising Powers. We explored the impact of globalization on the prospects of peaceful accommodation of rising powers. Given a shifting power equation on the global stage, what are the scope conditions for the non-violent emergence of new centers of influence, potentially encompassing China, India, Brazil, South Africa, and Turkey, among other rising powers? Several key publications came out of this phase: The key one was: Accommodating Rising Powers: Past, Present and Future (Cambridge University Press, 2016) and Status in World Politics (Cambridge university Press, 2014).

The current phase began in April 2017 with the team winning a fifth round of grant support from FRQSC. In this phase, we will focus on: The Transformation of International Security Institutions. Several projects including: Power Politics and international Institutions are on planning stage now.

In March 2019, ISGE co-sponsored the Global Research Network on Peaceful Change (GRENPEC). This network is aimed at promoting worldwide scholarship on this neglected subject.  In August 2021, Oxford University Press published The Oxford  Handbook of Peaceful Change in International Relations with some 41 chapters by leading scholars on global, regional and national level research on peaceful change.

The project supports a number of graduate students and visiting scholars who work in these areas at the three universities. It also co-sponsors several conferences and the workshops on Political Economy and International Security, held at McGill University under the auspices of the Centre for International Peace and Security Studies (CIPSS) as well as the team activities of the CERIUM.